I am hopefully going to take the second half of my RHCE exam this year, which is EX294. I have taken inspiration from https://www.lisenet.com/2019/ansible-sample-exam-for-ex294/ and https://ziyonotes.uz/rJt6DcqXr, and have decided to provide my own answers and explanations as I myself prepare for the exam.

I’ve also only used 4 VM’s in total, 1 controller and 3 nodes, and not 4 nodes as the practice exam suggests.

Here are the tips that I’ve found helpful so far:

Remember that the default location for the original ansible.cfg is /etc/ansible/ansible.cfg, which you can copy over to your local folder (in this case it’s /home/automation/plays/).

These are the fields that I’ve changed in my own ansible.cfg file:

What they mean by the use of “Ad-Hoc” is your typical ansible one liners. Which is to actually use the command ansible. I’ve placed the following ansible one liners in a file named adhoc. Remember to change the permissions on the file (chmod +x adhoc) before you run it.

In this particular case I’m connecting as the user cloud_user, which will then use sudo to perform the commands.

The above is exactly the same as the playbook below (which I have named create_automation_user.yml):

Use the following command to create the ansible vault file named secret.yml:

This file should contain:

Use the password devops to protect the file you create.

Create a regular file named vault_key that contains the following:

This is the most difficult task I’ve encountered so far.

Task 9 – Create and work with roles

You can create an empty role, named sample-mysql, by running the commands:

I decided to go with the package mysql-server instead of the mysql-community-server that is listed in the Lisenet exam. The contents of the file sample-mysql/tasks/main.yml:

Task 10 – Create and work with roles (some more)

You can create an empty role, named sample-apache, by running the commands:

As for the contents of the file sample-apache/handlers/main.yml:

Task 11: Download roles from Ansible Galaxy and use them

Install the role named geerlingguy.haproxy by running these commands:

It will install the role in the roles-location specified in ansible.cfg. In this case, /home/automation/plays/roles/.

We need to make sure that the package named rhel-system-roles is installed on the controller itself (not the nodes!). So run:

This will install the roles to the folder /usr/share/ansible/roles/.

Because the role is installed in a different location than we have specified in our ansible.cfg, we need to add this path. So the following line in ansible.cfg:

Task 18 – Create and use templates to create customised configuration files

I’ve been using vim as my editor of choice ever since I started learning Linux, and something that has been bothering me for a while is how vim handles pasting.

Say I want to paste a large bit of code into a terminal running vim. Before I do this I have to type:

When everything is pasted, I turn it off with:

Luckily, as it most often goes, there is a solution. Why I haven’t bothered to actually find the answer till recently is a whole other matter.

As it turns out, my terminal of choice (which currently is rxvt-unicode) supports something called bracketed paste mode.

In short, when bracketed paste mode is set, pasted text is bracketed with control sequences so that the program can differentiate between pasted text and typed-in text.

Let’s stay that I copied the text:

from another program. When I paste it into my terminal, if it supports bracketed paste mode, it actually sends the text:

Now the thing is to let vim know how to watch out for these control sequences, and tell it what to do. Paste the following code into your .vimrc:

And that should reduce your use of :set paste quite a bit! 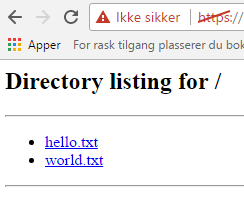 For a while now I’ve been trying to set up VMware to work with multiple monitors, in a Linux guest. With some windowmanagers it works out of the box without any issue, such as with Unity. I never figured out how to do it with xmonad, and recently I switched to i3 just to try something new. The damn “Cycle multiple monitors” button didn’t work here either. When I tried it, a message popped up saying:

The virtual machine must have up-to-date VMware Tools installed and running.

..which it had! At this point I had installed vmware-tools, which is described as:

However, I found a solution! Place the following line in your i3 configuration file, whether it be ~/.i3/config or ~/.config/i3/config:

..and that’s it! Reload your i3 configuration, and now you should be able to press the “Cycle multiple monitors” button and have dual monitors in your VMware guest!

Now, if you’re using open-vm-tools instead of the native vmware-tools, do what Fabian suggested – use the following line in your config-file instead:

ncat is a utility that is like the UNIX cat command but for network connections. It’s based on the original netcat and comes with a couple of more modern features.

In this short post, we’ll go through a couple of examples to see exactly what uses this tool has. I’m currently using ncat version 7.01, in Ubuntu 16.04. ncat is a part of the nmap package in Ubuntu.

A couple of the features of ncat, some of which are new, are:

While the new features are great, it’s important to note that ncat is not 100% reverse compatible with the original netcat.

Let’s continue with a couple of examples to get you started.

To force ncat to only use either IPv4 og IPv6, use:


..to connect to a server only through IPv6.

..and press enter twice. The result will be something along the lines of:

The option -C is used because it requires CRLF line endings.

An example from nmap’s website; sending a log file from host1 to host3, by way of host2:

Cloning partitions over the network

One of the more useful tricks is the ability to clone partitions over the network.

On the system you’d like to clone the partition from, do:


..and on the receiving machine:

To speed up the process of transfer you can always throw in gzip for compression:

Setting up a simple webserver is also easy:


The option -k makes ncat keep listening and accepting more connections after the first one is finished.

On the machine you want to send the file from:


..and on the receiving end:

The option –send-only does what it says – it only sends data and ignores received.

Need to check if a port is open? Try:

This example checks if port 53 is open, with a timeout of 5 seconds. When a port is open:

As far I know, the are two main ways to do this.

Start listening on a port of your choice:


..and connect to it from another machine:

Type in some text and the line will appear on the other machine when you press enter. You won’t be able to see who wrote what, but hey, it’s good enough if you want to communicate with someone.

The new fancier way of starting a chat-server is by using –chat:


Users who then want to connect to the chat:

The output will be something along the lines of:

The user IDs generated by ncat are based on the file descriptor for each connection and must be considered arbitrary. Also, you won’t see <userX> in front of the text you type, but others will see it. The main difference when using –chat is that you and every user connected to the server will get a <userX> tag, making it easier to see who wrote what.

ncat also works as a mail client. Expect to type a lot:


..followed up by typing:

The daytime service, defined in RFC 867, sends a human-readable date and time string over TCP or UDP port 13. It ignores any input. So, we can use:


Add –udp to create an UDP daytime server instead.

Allow one host, deny others

Deny one host, allow others

Allow or deny hosts from file


Replace –allowfile with –denyfile to deny and trusted-hosts.txt with a file that contains the hosts to be denied.

These are just a few of the things that you can do with ncat. Have fun exploring the rest!